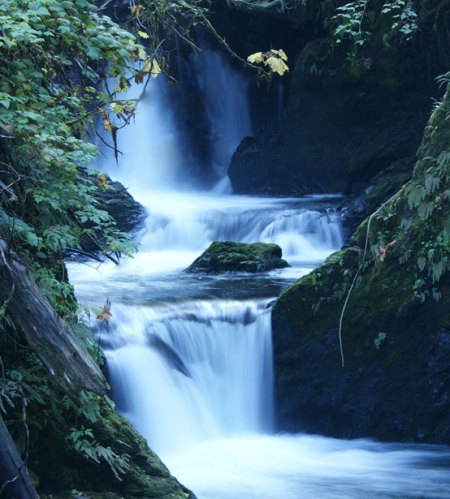 How do you free up your goals?

Stop obsessing about HOW your dream will be created.

So… you’ve decided what you’d like in your life. And that’s genius – most people haven’t. The first step, the hardest step, is done.

Now for letting go. This part should be easy and yet it isn’t, as the following story illustrates.

This is Part 1 of a 2-Part series – The Secret to Creating Your Dreams Faster by Doing Less.

How to Avoid Sabotaging Your Goal

Over a cup of coffee recently, a friend of mine, we’ll call her Alicia, said she was selling her house.

Of course we all want our property sold quickly (for an amazing price!), and Alicia’s hopes were already raised because she had a friend interested in buying it.

The only hitch was that her friend needed the money from an inheritance and the processing of the inheritance had been in a holding pattern for some time.

My alarm bells rang when Alicia informed me that to ensure this friend bought her house, she’d made it her goal to focus on her friend receiving the inheritance more promptly.

Sound likely? It’s possible of course but this approach is full of obstacles.

“The harder you fight to hold on to specific assumptions, the more likely there’s gold in letting go of them.”

5 Problems that Arise From Over-Manipulating Your Goal

Once you have decided what you want, let go of how it will arrive.

In the next post 8 Steps to a Better and Faster Result by Doing Less you’ll learn more about ‘letting go’, a simple but rarely easy task.

Stop trying to be what you are not.

What do you want to think, say and do?

Janet’s book breaks with the traditions of today and reveals the hidden truth of ancient wisdom. It exposes several secret, entrenched social rules which limit your life and it liberates you from these restrictive beliefs. You are precious, remarkable and worthy of having anything you want. “How to Get Anything You Want – Just Like That! “

This is Janet Poole; I believe in finding better ways to live your life and grow your business.

I believe in sharing those ideas! 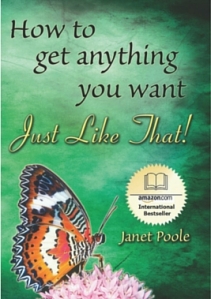 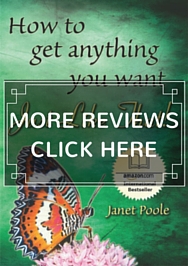 Reprint permission: You are welcome to reprint any of my posts and articles. However, please credit me as a source with the following paragraph: Reprinted from www.janetpoole.com. Janet is author of the book 'How to Get Anything You Want - Just Like That!'.
%d bloggers like this: